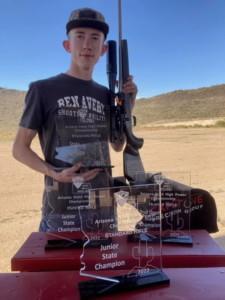 “A big thanks to SK, as well as Lapua, Berger and Vihtavuori powders. I am proud to be shooting the best components and ammunition in the world,” commented Jake.